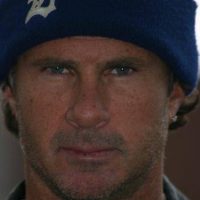 “Chad” Smith (born October 25, 1961) is an American musician and the current drummer of the Red Hot Chili Peppers, which he joined in 1988. The group was inducted into the Rock and Roll Hall of Fame in 2012. Smith is also the drummer of the hard rock supergroup Chickenfoot, formed in 2008, and is currently the all-instrumental outfit Chad Smith’s Bombastic Meatbats, who formed in 2007. As one of the most highly sought-after drummers, Smith has recorded with Glenn Hughes, Johnny Cash, John Fogerty, The Dixie Chicks, Jennifer Nettles, Kid Rock, Jake Bugg, and The Avett Brothers. In 2010, joined by Dick Van Dyke and Leslie Bixler, he released Rhythm Train, a critically acclaimed children’s album which featured Smith singing and playing various instruments.

Widely regarded as one of rock music’s best drummers, Spin magazine placed Smith at #10 on their list of the “100 Greatest Drummers of Alternative Music” in May 2013.[4] Readers of UK-based Rhythm magazine ranked Smith and Red Hot Chili Pepper bassist Flea the fourth-greatest rhythm section of all time in their June 2013 issue.[5] The drummer is also known for his charity work especially with young musicians. He has been a lobbyist in support of music education in U.S. public schools. Smith is also widely known for the strong resemblance between himself and comedian Will Ferrell, which has led to various comparisons over the years and eventually led to a joking public feud and drum battle for charity on The Tonight Show Starring Jimmy Fallon.[6][7] Smith is also the host of the PBS concert series, Landmarks Live in Concert, which began in January 2017. 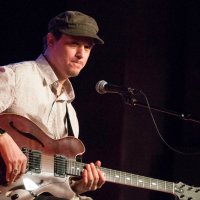 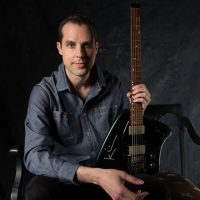