Cédric is especially known for his work in the fields of jazz and modern music (e.g. electronic, funk, latin, blues, pop).

“Cédric is a formidable force in new jazz, he’s one of the most expressive pianists I have ever worked with. Cédric is strongly influenced by one of the people I’ve played with the most – Herbie Hancock. But yet he does not sound like him. Cédric allows Herbie’s influence to bring his own musicality to new heights. I’m always impressed by what he has to offer. He’s someone that will be around for a long time.”
Terri Lyne Carrington (drums with Herbie Hancock, Stevie Wonder, 3 time Grammy Award winner)

“A fine sensibility, unparalleled interaction within his groups, a wide pianistic language, a beautiful feel, whether Cedric accompanies or improvises, evocative and sylisticaly varied compositions … no cliché for Cédric: he feels the music, without force. Highly recommended.”
Joe Mulholland (pianist, composer and director of the harmony department Berklee College of Music in Boston)

“Cédric Hanriot is one of the most talented and personal musicians I have met in a long time. His music is surprising, moving, and irresistible. Not to be missed!”
Jean Michel Pilc (pianist, composer, educator who has played with Michael Brecker and Harry Belafonte)

“Cédric is one of the most talented musicians I know. His wide range of abilities from playing to arranging and sound design, makes him a triple threat – and how amazing that he has accomplished so much in a short 12 years of playing! Cédric is destined for great things…”
Terri Lyne Carrington (drums with Herbie Hancock, Stevie Wonder, 3 time Grammy Award winner)- 2009

“As soon as I heard Cédric play, I knew he was an outstanding musician. Cédric has something that goes beyond the instrument.”
Hal Crook (trombone with Paul Motian, Clark Terry, John Abercrombie)

“I was very impressed upon hearing his talent. He stood out amongst the other musicians because he was taking more chances and venturing beyond the boundaries of the typical bebop jam session style. I’m also pleased to note his originality and scope as an artist. Aside from his diligence and its corollary skill, he possesses a marked musical originality beyond the rarity of his choice of instrument.”
Greg Osby (sax with Jim Hall, Herbie Hancock, Jack DeJohnette)

“His talent is unquestionably strong and he shows it in his fantastic improvising skills, in his fantastic sense of time and in his natural ability to reinvent harmonies of the tunes he plays.”
Marcello Pelliterri (drums with Pat Metheny, Joe Henderson, John Scofield)

“Cédric has shown to be a hard working professional and a team player in every musical situation he has taken part of. He is a great talented and dedicated player and composer.”
Danilo Pérez (piano with Dizzy Gillespie, Wayne Shorter, George Benson)

“The composer and pianist Cédric Hanriot, is, for me, more than a talented musician and an exceptional person. He is a young master who seeks perfection … in any situation. We need more of his music.”
Fransisco Mela (drummer McCoy Tyner, Joe Lovano).

Cédric Hanriot holds a Masters in Electronics and Signal Processing from the University of Nancy (France), as well as a Bachelors in Professional Musicfrom the Berklee College of Music (Boston, USA).

Grammy Award of the Best Jazz Vocal Album in 2015:
Worked on 8 of 12 songs on the album Beautiful Life by American singer Dianne Reeves.

Fulbright Scholars Program: Recipient of the prestigious American scholarship, used towards music studies at the Berklee College of Music in Boston, MA.

Cédric Hanriot has realized projects throughout the world and has collaborated with international music icons/legends such as:

Hanriot has given numerous masterclasses on music, jazz, improvisation, sound design and real time audio processing using laptop at universities and music schools such as:

“Cédric Hanriot have created an “improvisational concept” that takes mainstream jazz styles for quintet and links them to literary and artistic archetype.”
Downbeat Magazine

“Hanriot is up there with Ehud Asherie; among the very top of the current crop of creative piano maestros.”
Steve Day, Sandy Brown Jazz

“We understand quickly that Cédric Hanriot masters all aspects of sound, of grain color and that he is adept at the sculpture and placement of the soundscape.
he ten canvases explore, in an open and talkative fashion, Jazz and other
ontemporary musics, pop, electro, R&B, blues and hip hop.
musician who touches a bit of everything, a true multi-instrumentalist and a skilled musician who knows how to crack the codes of music.”
Les dernières nouvelles du jazz, about the album French Stories

“Cédric Hanriot dares to test the lively alchemy of composite Jazz and a decidly urban flavor. A powerful and tonic music which is graciously charming.”
Citizen Jazz, about the album French Stories

“The playing of French pianist Hanriot was a revelation – flowing and endlessly inventive, creating great waves of sound charged with emotion.”
John Watson @ Thejazzbreakfast.com, about the concert given on 08/10/15 in Birmingham, UK 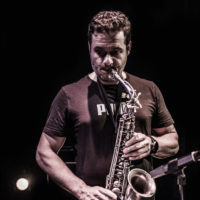 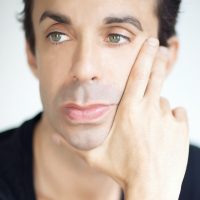 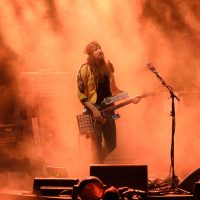 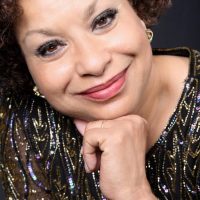 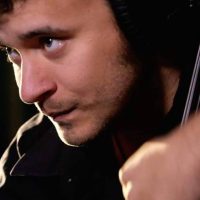