A musician with a unique creativity, Maciek Lasserre emerged onto the Paris scene and internationaly playing withcontemporary jazz and experimental hip-hop projects.

Starting in 2001, he embarked on a series of tours in Africa including to Senegal, Burkina Faso, Morocco, Tunisia, and across Europe.
Meanwhile, he studied the “modes of limited transposition” of Olivier Messiaen and the music of John Coltrane with P.M. Bonnafos at the Gennevilliers conservatory.

In 2006, Maciek went to New York to study the music of Steve Coleman. During a couple of months, he took part regularly in master classes at the Jazz Gallery alongside David Virelles, Jonathan Finlayson, Miles Okazaki and Jen Shyu. He discovered the avant-garde New York scene with Steve Lehman, Vijay Iyer, Tyshawn Storey, Craig Taiborn etc…

Upon his return to Europe, Maciek intensified his work writing and developing the MCK PROJEKT.

He has played in clubs in Paris, New York, Varsovie and Dakar as well as international festivals such as the Paris Jazz Festival, Gnawa Festival in Essaouira, the Francofolies and Carthage Festival.

Today, Maciek plays in many different groups, continues to teach and to develop the MCK Projekt. 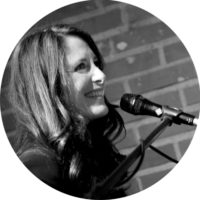